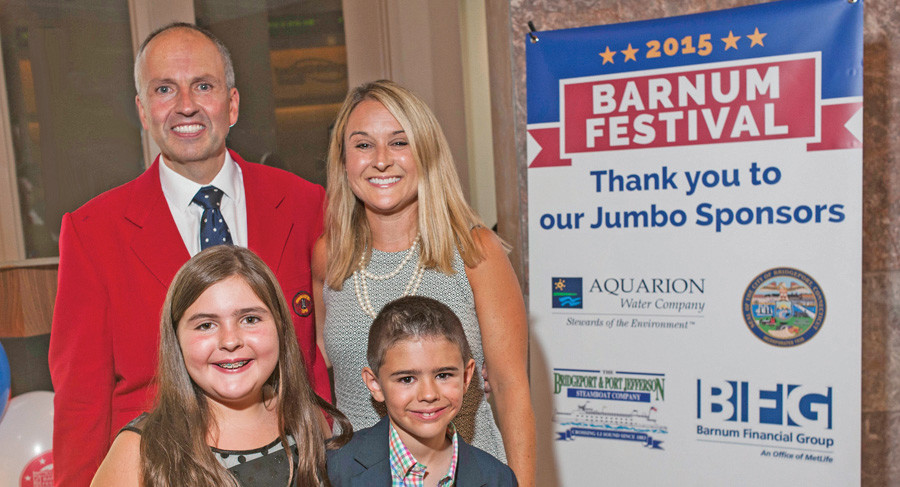 The Barnum Festival was founded in 1948 as a way to build community spirit as well as to honor Bridgeport's most famous resident, Phineas Taylor Barnum ' world-renowned showman, businessman and community leader. P.T. Barnum was above all an entertainer; he celebrated hoaxes and founded the Ringling Bros. and Barnum and Bailey Circus.

The Barnum Festival celebrates this great showman with our annual celebration from mid-May thru June and in true Barnum tradition, a Ringmaster is appointed each year to entertain us, while also promoting the Greater Bridgeport region.

The festival focuses on many of Barnum's imaginative concepts for entertaining the populace such as the Wing Ding Parade for Kids at Beardsley Zoo, concerts and musical competitions in the spirit of Jenny Lind, and the concluding event, a grand civic parade celebrating all of the wonderful assets the City of Bridgeport and the surrounding area have to offer ' the Great Street Parade.

The Festival is a celebration of people and 'communities united.' Come celebrate a great tradition with events throughout May and June, including the culmination of the festival with fireworks and a parade for the community.

The mission of the Barnum Festival is to preserve and promote the influence of P.T. Barnum ' showman, philanthropist and entrepreneur, by creating economic development and education; driving visitors, developing entrepreneurs and civic leaders, and engaging the community's young people and their families in fun and no-and-low-cost activities that span arts, culture and entertainment.

The Barnum Festival is a 501(c)3 nonprofit recognized by the IRS and accepts donations, both monetary and in-kind. The Festival produces arts, cultural and entertainment events for the benefit of the community at large. 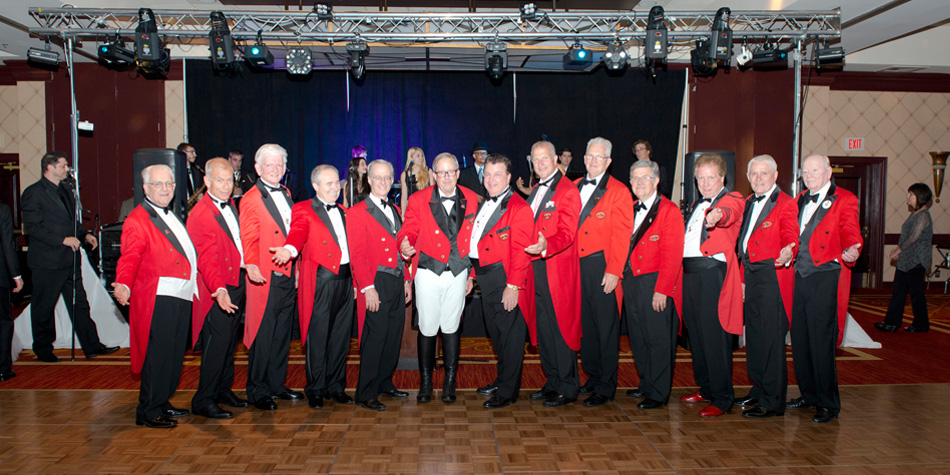 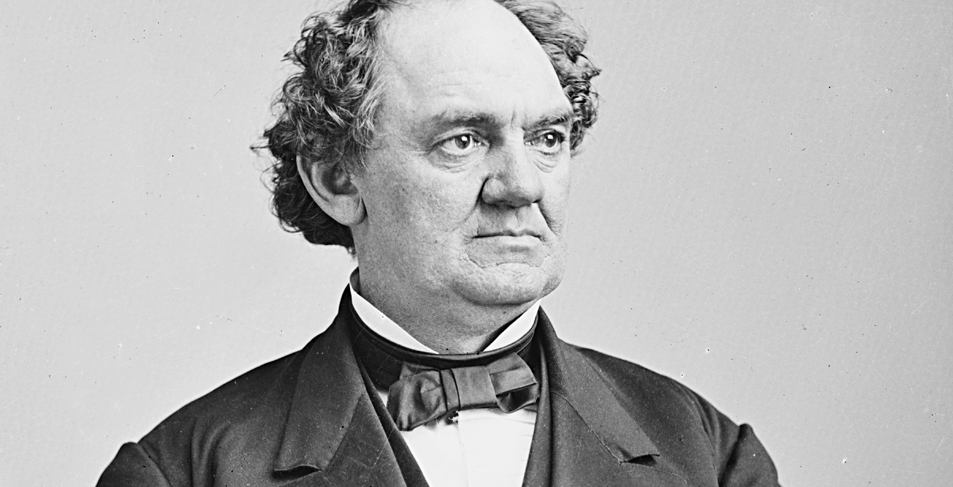 'The Prince of humbug,' they called him. 'The Shakespeare of advertising,' 'the king of adjectives.' He was a man with a genius for inspiring lucrative curiosity, like a circus parade lures spectators to the paid admission of the big top. He could convince hundreds of thousands to step right up and inspect the 160-year-old nurse of George Washington, the bearded lady, the smallest man in the world. With whirlwind tours of circus freaks, exotic animals and human feats, he cranked out humbug by the yard.

Phineas Taylor Barnum knew better than anyone else in creation that every crowd had a silver (dollar) lining. Barnum was the master mythmaker and he's still a favorite subject of playwrights and authors because he was so upfront and amiable about his humbuggery. 'There's a sucker born every minute' is a Barnum quote entrenched in clich?? history. Now more than 100 years after his death it's in some ways fitting and in other ways sad that he is most esteemed and credited for that oft-parroted apocryphal expression. If he ever said it, no historian has ever been able to document it. The statement may have found its place as a corruption of a Barnum suggestion or attributed to Barnum by one of his circus rivals.

The real legacy of Barnum'showman, circus innovator, author, philosopher, humanitarian, public servant, humorist and even Bridgeport mayor'has been clouded over by the obfuscation of the man's many promotions.

That old huckster impression lingering these many years overshadows his contributions to the entertainment profession and to Bridgeport. But as Barnum said, 'I don't care what they say about me if they only say something.'

Beneath the charm and extravagance of his circus persona is a man whose contributions to Bridgeport are unmatched. Barnum is quite simply the single most important contributor to the city's history. He developed thousands of acres of city property, converting farm and pasture land into choice building lots; enabled the working class to purchase land and houses through an innovative payment system; donated a large part of Seaside Park, one of the first waterfront parks in the country; attracted numerous manufacturing companies; served as the president of Bridgeport Hospital, the local water company and the Pequonnock Bank (a predecessor of Connecticut National); donated the money to establish the Barnum Museum; established Mountain Grove Cemetery; and provided funding for Bridgeport schools, the library system, parks, and other civic ventures. Another side of Barnum was his drive to grant Blacks the right to vote and his sympathy for the women's rights movement.

Bridgeport's first citizen is best explained by his biographer A.H. Saxon: 'P.T. Barnum has the paradoxical distinction of being one of America's best-known least-understood phenomena.'

'Lennie Grimaldi
Author of 'Only in Bridgeport: An Illustrated History of the Park City' 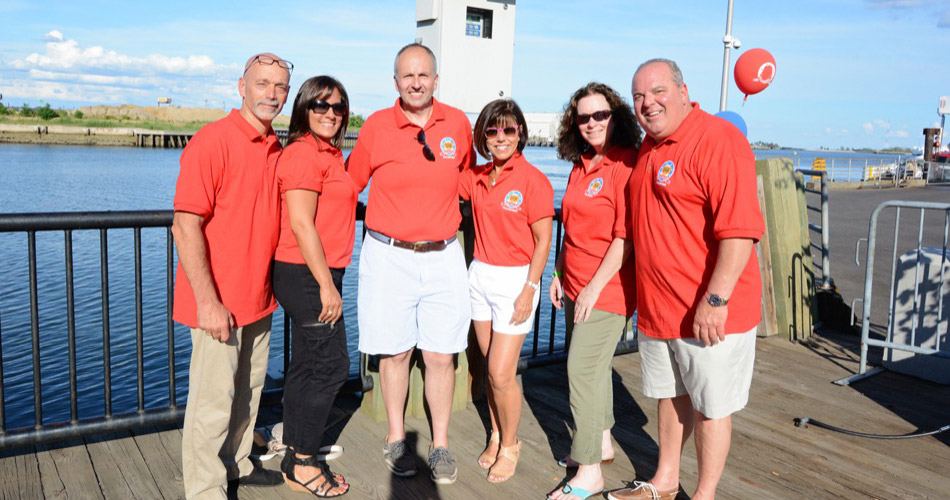 Welcome to the Barnum Festival ' a 68-year-old tradition honoring the life and times of Phineas Taylor Barnum ' showman, entrepreneur, philanthropist and the most famous Mayor of the City of Bridgeport. Each year since 1949, a dedicated group of volunteers has presented a wide array of educational and entertaining events throughout the Bridgeport region culminating in a Festival Finale weekend featuring fireworks, music and a Great Street Parade.

We could not do what we do each year without the help of hundreds of dedicated, community-minded volunteers like you who help staff events, greet visitors and become the face of the Festival for the thousands of spectators and participants who bring our events to life.

Volunteers must be at least 15 years of age. Anyone under 18 years of age must have parental permission and have a Barnum Festival waiver signed by a parent or legal guardian.