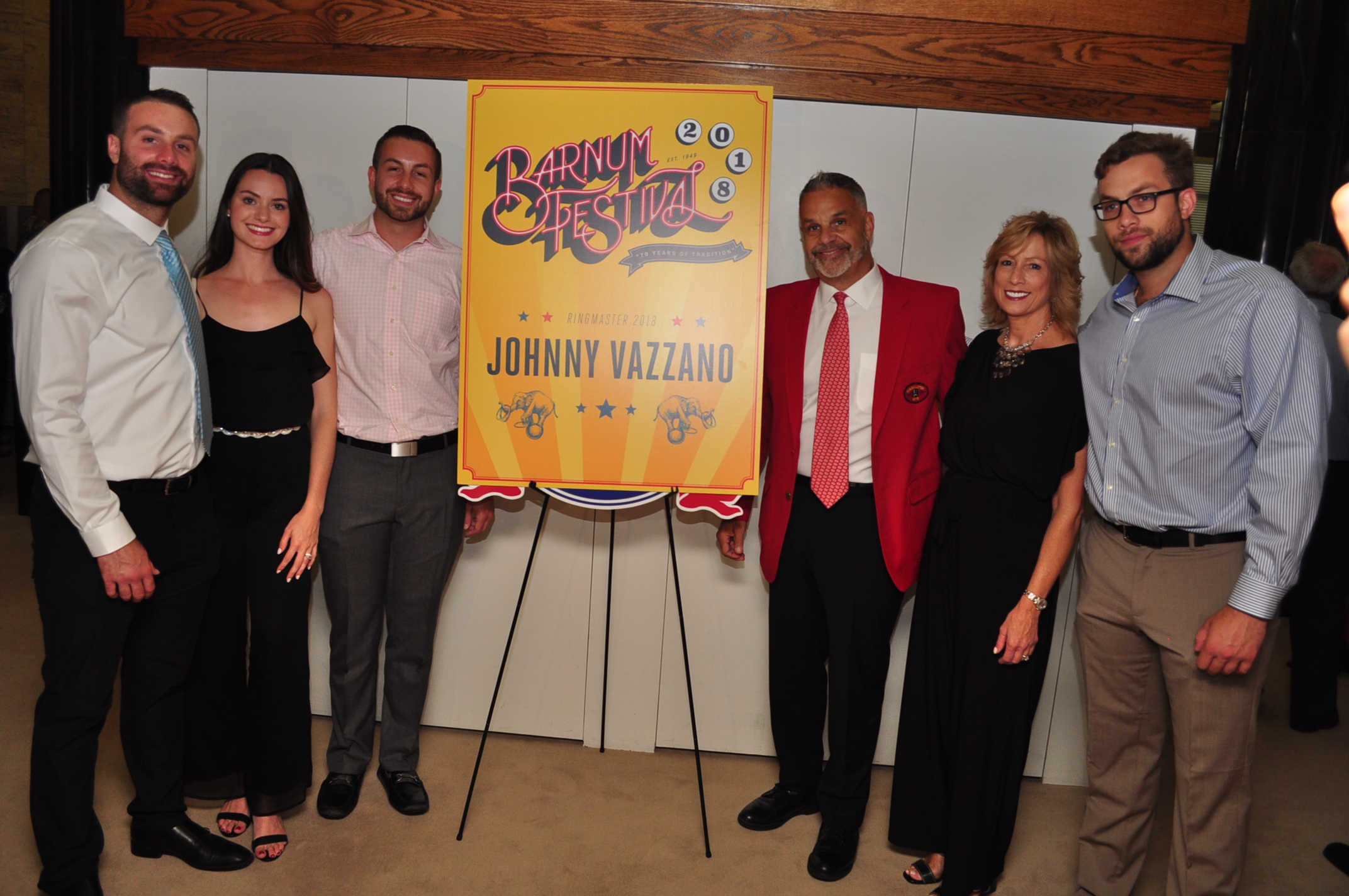 The Barnum Festival is thrilled to welcome its 70th annual Ringmaster, Johnny Vazzano, to the Barnum family. As a local business owner and community leader, Johnny is fully invested in supporting the needs of the area and the people who serve it, including saluting our local first responders and military. As we enter into a new decade of the Barnum Festival, Johnny invites us all to celebrate the one thing that allows the festival to continue to give back to the community??????Tradition.???

Born and bred in Bridgeport, Johnny knows a thing or two about local tradition. He attended St. Joseph???s High School and went on to study at Sacred Heart University. In 1978, he joined the family-owned linen business, Savoy Linen. Five years later, his father, Orlando Vazzano, purchased the Hawley Manor Inn in Newtown, where he taught his son about the restaurant business. In 1993, at the fresh age of 31, Johnny became a second-generation restaurant owner when he opened Vazzy???s Brick Oven in Bridgeport, along with his friend and partner, Vin Noce, Jr. After that, six more Vazzy restaurants followed, stretching down the coast from Shelton to Fairfield.

Johnny???s love of hospitality compelled him to also acquire two Stratford landmarks, along with his partner and cousin, Larry LaConte, Jr. In 2011, the duo purchased Liedel???s, changing the name to Vazzano???s Four Seasons and transforming it into the newest banquet facility in Fairfield County. They later took over the old Windmill Restaurant, renaming it Windmill Tavern, and maintaining its title as the oldest neighborhood bar in the country.

In the last year alone, Johnny and Larry have opened two more eateries in the Lordship area???Lordship Pizza and the Beach House Grill. Along with his sons, Johnny also operates Catamount Food Service, specializing in school cafeterias. In addition, Johnny owns a real estate rental company with his sons called Vazzano Brothers.

Between juggling his many successful businesses and personal responsibilities, Johnny also engages in various local charitable foundations. Motivated by the love of his family, friends, and community, Johnny is involved with Swim Across the Sound, the 911 Ride, the Cardinal Shehan Center, and the Marilyn Goldstone Foundation???just to name a few. He is also on the Board of Directors for The McGivney Center and Homes for the Brave, both located in Bridgeport. For the last 24 years, Johnny has hosted a food and toy drive during the holiday season with assistance from the Bridgeport Police Department, Bridgeport Fire Department, and Bridgeport EMS. In total, the annual event has raised approximately $1 million for families in need. As an entrepreneur and humanitarian, Johnny organizes and manages charitable events with the purpose of helping to improve the happiness and welfare of local residents.

No word yet on when Johnny finds the time to sleep!

He and his wife of 30 years, Heidi, live in Trumbull where they raised their three grown sons??? John, Alex, and Rick. Together, they are the epitome of a family who values tradition and cherishes their community.